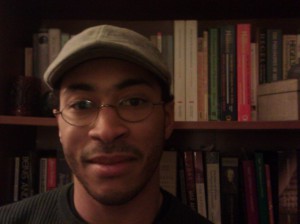 An Inquiry into Modes of Existence, the most recent publication of Bruno Latour, represents an exciting new philosophical project in so far as it raises an audacious question in a novel methodological light: “How do we compose a common world?” On its surface, this question calls forth images of universality of human beings, a “kumbaya”( https://en.wikipedia.org/wiki/Kumbaya) society organized through a shared vision and lack of conflict. The question changes in the hands of Latour, however, insofar as it is not a question of normativity, but of what I term political aesthetics. In deploying this term, I mean to diverge from its usage in Benjamin and others concerned with the relationship between art and the state, and, instead, towards the sense in which the construction of a common world involves determining principles of the articulation and communication of forms of experience. These principles are not decided in advance but generated through making the construction of reality in the present more explicit, thus providing pathways to forge connection between modes of experience (existence) and generating a ground to negotiate reality in the present.

The Politics of Networks

The first stage in political aesthetics is to set the scene of interactions in which politics plays itself out. This aspect is largely handled in the articulation of Actor Network Theory, a theory of interaction that aims to make our accounts of reality more specific with regard to the human and non-human entities that participate in the construction of the world. Latour follows a similar trajectory as A.N. Whitehead and Isabelle Stengers(https://carbon.ucdenver.edu/~mryder/itc/ant_dff.html), insofar as each thinker aims to overcome a distinction between thought and experience through seeing both poles as active in a process of composition of the real. This problem is represented by “The Moderns” in Latour’s work, his characterization of thought grounded in “the bifurcation of nature” (https://www.blackwellreference.com/public/tocnode?id=g9781405106795_chunk_g97814051067953_ss1-69) that has structured scientific thought since the Enlightenment, in our notion of “matters of fact.” Particularly in the sciences, the “fact-ness” of facts, that they disclose true propositions in the world, obscures their constructed nature. The facts are the facts “whether you like it or not,” meaning that their objectivity ultimately trumps any claims to the contrary. The problem with this view is that the facts are ultimately produced by intellectual and physical labor in laboratories, computer labs, field studies, and arguments, which demonstrate their veracity thought tests and trials.

In his work Latour repeatedly makes reference to the struggle between science and politics as representative of this bifurcation. Particularly in the case of climate scientists, climate deniers are able to gain a foothold in the discussion by appealing to the “constructed” nature of facts as proof of their inefficacy. One of the key instances of this phenomenon was the “Climategate” (https://www.theguardian.com/environment/2010/jul/07/climate-emails-question-answer) scandal of 2009, in which climate skeptics used emails stolen from scientists as evidence that somehow studies confirming global warming were a product of manipulated data and a skewed review process. Thus, one is left defending science as an institution that aims at the production of well-constructed facts against the position that their “facts” are ultimately socially constructed.

The function of actor network theory is to help us shift from “matters of fact” to “matters of concern,” by demonstrating the construction of facts and their problematic nature. Thus, rather than starting with knowing scientists facing a known world, we are presented with humans inquiring after phenomena that appear in nature through testing interactions between “things” and measuring, accounting for, and reporting their findings through experiments that are discussed in scientific discourse. Making this move opens the field of knowledge to the process of experience that gives it shape, providing us with a field of objects that make the concerns of the scientists explicit. At the same time, matters of concern lure us to view their subjects as phenomena that await discussion and debate. They are presented with the aim of influencing our political decisions.

The second principle of political aesthetics involves the method in which societies are composed. It is here where the social sciences come into play, insofar as their own claims to scientific objectivity often lead to a similar bifurcation. Frequently, we face the view that “social forces” are ultimately responsible for human interactions, or that there are material conditions that structure human interests. Action, in this sense, is always trumped by nature or culture. Overcoming a bifurcation between the ideal and the material (the social and the natural) involves hesitating in the construction of theories to attend to the entities involved in making the social happen. The key principle repeated throughout Latour’s work on social theory, Reassembling the Social (https://www.youtube.com/watch?v=pD4G6ksJBr0) is that one should “let the actors speak.” We are not to decide what makes the various actors act in advance, but allow them to articulate their own metaphysics of entities, which must then be included into theory.

Like the first move of setting the scenography, this step further intensifies our understanding of experience by permitting a cast of actors that would typically be bracketed as “irrational,” “illusory,” or “ideological” into the construction of the social, thus, bringing our account of “social” activity in line with the fields in which agents act. In addition, theory moves symmetrically with the process of the formation of the social, tracing outlines instead of defining the fields, and generating a wider perspective that includes the perspectives of the studied individuals in their entirety.

Making these first moves generates both a general theoretical framework for the construction of facts and a population of entities that move through the framework, producing a network of interactions and actants which compose the social through their activity. However, to stop at this stage risks falling into a full relativism of actors, which is not the aim of the construction of the common world. It is at this stage of composition that politics as normally understood come to the fore. We have to begin the process of negotiating between the different perspectives and moving towards a commonality of diplomacy.

It is at this stage that the project of the “early Latour” as identified by Graham Harman in a recent lecture (https://soundcloud.com/pflugi/harman_osu_2-25-2014) and upcoming book gives way to the “late Latour” of An Inquiry into Modes of Existence. Having laid a theoretical framework for navigating the terrain of reality without bifurcation into its natural and social aspects, the task is not to discern how we can go about constructing a common world. His current work, translated into French and English on its website (https://www.modesofexistence.org), is a digital project collecting Latour’s own observations from his survey and anthropology of the Moderns and organizing them into distinct “modes of existence,” or fields of articulating the conditions of construction (forms of veridiction) in science, politics, law, technology, and other modes of engagement, and the categories that make such articulation possible.

What makes the document unique is that it involves the participation of individuals across fields of knowing, and common readers, in a process of interrogating Latour’s own results. Within this process, readers are offered the opportunity to submit “contributions” to the study, which pose problems with his categories, provide examples to give them force, or offer further articulations that lead in new directions, outlining crossings between modes and places in which our accounts of reality become problematic.

At this stage, the contributions continue, and new works are beginning to appear that utilize the modes to bring them to bear on the current state of theory.[1] What makes this process unique is that it allows us to shift from a theoretical field of composition to an active process of negotiation, articulation, and conflict between perspectives that should ultimately generate a wider understanding of the present that the work of an individual thinker would allow. This third phase of composition involves a politics of “collective experimentation,” which aims to bring the sciences into politics and begin the construction of a world held in common through a series of negotiations.

This notion of experimentation as construction constitutes the third piece of the political aesthetics I have attempted to outline. The shift from textual identification to incorporation of the present brings more perspectives into play on the field of politics that it occupies. The concepts and notions in play gain contours with positive contributions and mutate in response to the negative. In this way, the composition gains a wider array of artists and edges us closer to a commonality based on the identification of controversies and a willingness to engage with the uncertainty of constructing a common world. In other words, the common world is not the production of an absolute harmony, but a mode of facing the conflicts of the present on a field in which they can be arbitrated without appeal to a predetermined transcendent ideal. Instead, the test of this politics lies in its effects, how is the world shaped by its experiments and what outcomes become available for the enrichment of the experience of individuals with regard to the aspects of the world that can be made manifest. In this way, harmony is not painted over a war torn landscape, it emerges by tracing the entities that might tie together its edges.

Michael L. Thomas currently is a Ph.D candidate in the John U. Nef Committee on Social Thought at the University of Chicago. In his Dissertation „Alfred North Whitehead as Social Thinker: Towards a Speculative Social Theory”,  he develops an approach to social theory that is based on the ideas of A.N. Whitehead. You can find out more about Michael Thomas research and projects on his Website.