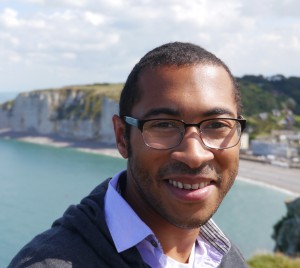 It was 1903 when Du Bois in The Souls of Black Folk wrote that, “The problem of the twentieth century is the problem of the color line.”  At this time, African Americans had gained emancipation from slavery, suffrage, and access to education, but their promise was extinguished by the principle that people of color were ultimately “equal but separate.” For Du Bois, the continued presence of the color line produces the “strange experience” for African Americans of “being a problem.” The problem of the color line, the division of the races, replicates itself as a “vast veil” that produces “double-consciousness,” the “sense of always looking at one’s self through the eyes of others, of measuring one’s soul by the tape of a world that looks on in amused contempt and pity.” This division in African American consciousness, and in American consciousness, has continued into the second decade of a new century. The deaths of Trayvon Martin, Michael Brown, Eric Garner, and most recently Freddie Grey (not to mention Aiyana Stanley-Jones, Yvette Smith, Rekia Boyd and Tamir Rice , whose deaths, though equally significant, have received less attention in the media) have fostered a new wave of discussions, protests, and violence that indicates the persistence of race as a problem in American Society. In order to approach this problem, it is essential that we again take up Du Bois’ call to listen to “the striving in the souls of black folk.”

Rap music provides an essential avenue to begin to hear these strivings. In terms of cultural influence, a recent study suggests that rap has been “the most important cultural shift in American pop music.”  The ubiquity of rap music has made it a primary vehicle for disseminating elements of African American experience through the media. Consequentially, it becomes a focal point for arguments about African American culture more generally. Rap frequently takes the blame for the social ills facing African American communities precisely because it openly acknowledges the harsh experiences generated by continued poverty, segregation, and discrimination in America. These critiques arise from the temptation to hear the music literally, sometimes to the extent that rap lyrics are used in court as evidence of guilt. This response to rap music is part and parcel of the discrimination against Black culture in America, as it treats Rap as a degenerate art form, unworthy of more nuanced aesthetic analysis. It is infinitely more fruitful to approach it as an expressive medium that articulates the varieties of African American experience.

Kendrick Lamar’s recent album To Pimp a Butterfly is a paradigmatic example of Rap music’s potential to articulate the dialectical complexity of black experience. Through its sixteen tracks, Lamar testifies to the internal struggle generated by his upbringing in Compton and newfound commercial success. “The Blacker the Berry,” which appears in the albums’ final movement, directly confronts the problem of race America through three moments of consciousness: racial prejudice, institutionalized poverty, and intracultural violence. Upon its release during the peak of the protests in Ferguson, MO, the song became a source of controversy, as many interpreted its final stanza as an argument for respectability politics and endorsement of the common argument that the real issue facing African Americans is “black on black crime”:

So don’t matter how much I say I like to preach with the Panthers
Or tell Georgia State “Marcus Garvey got all the answers”
Or try to celebrate February like it’s my B-Day
Or eat watermelon, chicken, and Kool-Aid on weekdays
Or jump high enough to get Michael Jordan endorsements
Or watch BET cause urban support is important
So why did I week when Trayvon Martin was in the street?
When gang banging make me kill a nigga blacker than me?
Hypocrite!

As The Atlantic’s Spencer Kornhaber argues, Lamar is not taking the black community to task for the violence that occurs in its streets, he’s torn between his black pride and past violent acts that weigh upon his soul.  That each verse begins with the charge that, “I’m the biggest hypocrite of 2015,” is an indicator that the hypocrisy is directly connected to his own consciousness. The song is his attempt to articulate, recognize and overcome it. Through the self-reflection of each verse, Kendrick is doing his part to pierce the veil of double consciousness and directly address the conditions that have corrupted his soul.

“The Blacker the Berry” has been rightly described by Vibe’s Iyana Robertson as “a lesson in being black for other colors on the spectrum.” Its lesson is that “being black” involves the experience of measuring oneself against the assumption of inferiority and felt hatred from others. Lamar’s verses are revelatory and revolutionary moments in which he acknowledges and rejects the hostility of his environment, leading him to confront his own self-destructive character. In the opening four bars of each verse, Lamar explicates what double consciousness makes implicit: the worthlessness of black life.  He begins by raising the hypocritical veil which shrouded him as a youth (Been feeling this way since I was 16/came to my senses) and calls out white racial prejudice (You never liked us anyway, fuck your friendship) and institutionalized racism (It’s evident/that I’m irrelevant to society/That’s what you’re telling me/penitentiary would only hire me/…/Institutionalized manipulation and lies/Reciprocation of freedom only live in your eyes).  Lamar calls out racism and inequality as  forms of hatred (“You hate me don’t you”), which are realized through interpersonal interactions and ressentiment (You hate my people/I can see cause it’s threats when I see you…You hate me just as much as you hate yourself). In response to white prejudice, he responds by proclaiming his blackness (“I’m African American/I’m African) and even reappropriates racist stereotypes (Came from the bottom of mankind/My hair is nappy, my dick is big, my nose is round and wide). Lamar’s own transformation, and the argument for why this song narrates his own reflective experience instead of indicting others, is found in the final four bars of each verse. In response to prejudice, which locks African Americans inside the veil, he opens the door and frees the feelings he’s kept to himself (And this is more than confession/I mean I might press the button just so you know my discretion/I’m guardin’ my feelings, I know that you feel it). In response to socio-economic inequality, he flaunts his wealth (Muscle cars like pull ups, show you what these bit wheels bout/black and successful, this black man meant to be special/Katzkins on my radar, bitch, how can I help you?). Lamar’s fiery proclamations are his way of articulating the extreme intrapersonal tension that comes with valuating oneself in opposition to a majority opinion that one is cursed by virtue of skin color and cultural background. His response is one typical in hip hop, a desire to speak the truth about racial tensions and flaunt success in the face of a society that presumes he will fail. This raises the veil but, as we see, does not lead him to unified consciousness.

The final, controversial verse of “The Blacker the Berry,” with its charge of “hypocrisy,” demonstrates how standing tall in the face of adverse odds is only one part of the puzzle: the problem of double-consciousness remains. In this verse, the charge of hatred is repeated, this time in response to the feeling of discomfort between African Americans (You hate my people, I can tell cause it’s threats when I see you/I can tell cause your ways deceitful) in situations of poverty motivated violence (Know I can tell because you’re in love with that Desert Eagle/Thinkin’ maliciously, he get a chain then you gone bleed him). While this appears as an indictment of African American culture, Lamar frames his discussion in terms of  the historical entrenchment of  intracultural violence (This plot is bigger than me/it’s generational hatred/it’s genocism/it’s grimy/little justification). For him, the same violence seen between LA street gangs is historically present in Tribal warfare in Africa (It’s funny how Zulu and Xhosa might go to war/Two tribal armies that want to build and destroy/Remind me of these Compton Crip gangs that live next door/Beefin’ with Pirus, only death settle the score).  The key analogy between these cases isn’t race, but the perpetuation of intracultural violence as a result of institutionalized self-hatred. Thus, when Lamar ends the verse with the stanza quoted above, calling himself out as a hypocrite, his aim is not to evoke irrelevant arguments about African-American violence. His point is that even after one has dealt with the trials of prejudice and poverty, the challenge of racial solidarity remains. One must still battle with the problem of double consciousness and challenge the hypocrisy within.

To Pimp a Butterfly ends with Lamar conducting a posthumous interview with Tupac Shakur, in which the latter (speaking from 1996) forecasts a future of violent racial tension.  Tupac predicts, “It’s gonna be murder. It’s gonna be like Nat Turner, 1831, up in this mother—, you know what I’m saying. It’s gonna happen.” Lamar responds, “That’s crazy man. In my opinion, the only hope we kinda have left is music. Vibrations.” In a sense, both men are correct. These vibrations have been seen and felt during the recent events across the US, culminating in the tide of violence currently cresting in Baltimore. They can also be felt through the music produced in response. Through both, we are confronted with the tensions of joy, pain, and conflict emitted from the souls of black folk. This connection explains why Cornell West (1982) lauded rap as the most significant form of African American music since it is “primarily the musical expression of the paradoxical cry of desperation and celebration of the black underclass and poor working class, a cry that openly acknowledges and confronts the wave of personal coldheartedness, criminal cruelty, and existential hopelessness in the black ghettos of Afro-America.”  The vibrations stirred up through political and social tensions have been given a voice through rap artists. This is why it is essential to listen to the music and engage with the culture. Kendrick Lamar and other artists (J.Cole, Vince Staples, and duo Run the Jewels, for example) are at the forefront of uttering this cry to the world. While no artist can speak for the community, each artist speaks from the community. For those of us listening, it is imperative to hear these voices and take seriously the “problem” of being Black in America.