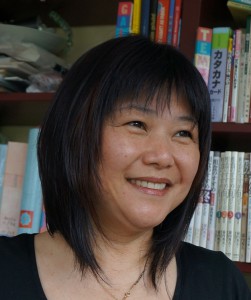 Japan has a unique history. From 1639 until the mid-1800s, it remained isolated from the rest of the world: In order to control the spread of Christianity, the Tokugawa Shogunate closed all the ports, except the port of Nagasaki in the southernmost island of Kyushu, and only China and Holland were allowed to continue trade under strictly controlled conditions. By the time the American „Black Ships“ lead by Commodore Perry arrived at the shores of Yokohama in 1853, Japan had missed out on the amazing industrial advancements and revolutions that occurred in Europe and America during the 18th Century. With his modern weaponry and superior military power, Perry demanded the opening of the country, and Japan faced two alternatives: either to become a victim of Western expansionism, or to open itself up to modernization in order to protect itself.

So began the period of rapid modernization with the official Meiji Restoration of 1868. Due to its 250 years of isolation, the contrast between „what is Japanese, traditional, and always existed“ and „what is Western, modern, foreign/exotic and new“ was clearly perceivable. It is not an exaggeration to say that the history of post-Meiji Japan is shaped by the cultural understanding of a difference between „Japanese vs. Western“, or more commonly, between „East and West“, where the East represented what is traditional, spiritual, indigenous, cultural, backwards, particular (to Japan or Asia), and the West represented its contrast, namely what is modern, materialistic, foreign, scientific, advanced, universal (as science and technology, the  chief markers of modernity, were said to be based on the principles of universal truth). As the initial shock of „either-or“ difference has subsided, the Meiji intellectuals began to grapple with the idea of advancing a hybrid culture of „Japanese yet modern“, epitomized in Shozan Sakuma’s well-known slogan, wakon yosai, or „Eastern spirit, Western science“. The hope was to combine and develop the best elements of both, to form a unique, modern yet non-Western culture of Japan.

Japanese philosophy was born in this milieu, and it too was preoccupied with the theme of developing a philosophy based on Japanese culture, yet embodying the systematic universality of the Western philosophical tradition. In fact the term „philosophy“ (tetsugaku) had to be coined in Japanese (by Amane Nishi in 1862), as the form of systematized, scientific philosophy did not exist in the traditional neo-Confucian or Buddhist traditions. What enormously appealed to the Meiji thinkers at the time was the power of science, especially its universalist implications. During this period, Western philosophy also aspired to be scientific and construct a universal system (such as Hegel’s Logic) or develop theories of „truth“ about the mind or the nature of human being as such. Western philosophy was not understood as „representing the thoughts of Europe“ but as the „truth about reality“. It was taken for granted that philosophy should apply to all human beings and the nature of reality as such. Japanese philosophers thought that there were unique elements in their own tradition that must be universal, and that they too could find philosophical expressions. If Japan could develop a culturally non-Western yet universal form of philosophy, then that would be a proof that European civilization was not the only center of truth. If that could be achieved, then Japan could contribute to the creation of a more globally balanced world culture, offering a possibility of a counterbalance and a conception of an „alternative, non-Western modernity“ to the Western-dominated world.

Kitaro Nishida was born in 1870 in the Ishikawa-Prefecture on the coast of Japan Sea; he became an adult during the rapid post-Meiji modernization process. Known as the „Father of Modern Japanese Philosophy“, he aspired to construct a systematic philosophy (in the Western sense) that expressed non-Western ideas that were not present in European or American philosophies. He became a professor at the Kyoto University from 1914–1929, and his students came to be known as the „Kyoto School“. Beginning around 1911 (with the publication of his first work, The Study of Good, Zen no Kenkyu; deutsch: Über das Gute. Eine Philosophie der reinen Erfahrung, Frankfurt a. Main 2001), Nishida began to develop what might be called an „experiential ontology“, a form of philosophical logic based on „experience“ broadly conceived. His first attempt was to ground ontology in what he called „pure experience“ (borrowed from William James“ „radical empiricism“ as well as influenced by philosophers such as Henri Bergson, Wilhelm Dilthey and Josiah Royce). „Pure experience“ is defined as „prior to subject and object“, but containing the principles and contents of both. „Reality“ is this „field of experience“ that is prior to the individuation of „experiences“ belonging to persons; as such, it is not a psychological notion but rather an ontological „field“ or a „ground“ that contains in itself principles that define what would be subsequently called „subjective and objective“. Thus according to Nishida, it is not that each individual person has experiences, but Experience (as the unity of subject and object) gets manifested in each person. As such, individual experience is always a part of the larger, common experience.

The distinctively Japanese (or East-Asian, in particular „Chan/Zen Buddhist“) element in this theory is the identification of the „field of experience“ with the spatio-temporal immediacy of the „Here/Now“, not as abstractly conceived in space/time but as a „concrete universal“ that is the Here/Now (i.e., as you read this paper right now). Nishida calls it the „eternal present“ and it is a philosophical elaboration of the Buddhist notion of time, although Nishida deliberately avoids making references to Buddhism.

During the 1920s, Nishida tried to account for the principles of division within this „immediate field“ following Fichte’s notion of Pure Act (Tathandlung), and during the 1930s he developed further the dynamic structure of this „field/reality“ as a metaphysical system, a Logic of „Place“ (basho), in an attempt to avoid the subjectivistic or idealistic tendencies in his earlier theories. Reality, in its manifold, is a constant „expression“ of this Place conceived as the absolute, yet this Place itself cannot be a metaphysical object in any sense, such as „substance“ or Hegelian „Spirit“; rather, the Place is simply a „that through which“ or „that in which“ reality manifests itself, a pure „negative“ of Being. As such, it must be „Absolute Nothingness“. If it is „something“ (including the „idea“ of nothingness), even conceived as an ultimate ontological field or anything similar, then it would still be defined as a „something“ which would require a contrast, a not-something. So this „not-something“ cannot be a conceivable entity in any way; it must simply be referred to as Absolute Nothingness but without the reduction of it into a „notion“ of any sort.

If the ultimate field of reality is Absolute Nothingness, then this would also mean that it is actually identical with all the Being; a mirror reflects all its images, precisely because the surface itself is purely empty. One can never see the surface of the mirror as such but only what is reflected on it. Nishida calls this feature of reality-qua-emptiness „the identity of the absolutely contradictory opposites“. Again the Buddhist theory of sunyata, or emptiness, is evident.

From the mid- to late 1930s the abstract Logic of Place as Absolute Nothingness acquired a distinctively historical content, influenced by Hegel and Marx’s dialectic. The difference from Hegel, Nishida maintains, is the nature of ultimate reality; Hegel’s Absolute Spirit must have a „background“ (otherwise one cannot identify it as such), and such a background must be Absolute Nothingness. Historical development is to be understood as the dialectic of the subject making the world (object) which in turn forms the subject, but this dialectic is itself an “expression” of Absolute Nothingness. The original insight of the „experiential field“ that is supposed to develop into subject and object is now historicized and concretized through action.

The dialectical structure (as well as all of his earlier theories) was developed as a universal system, which was particularly important as a philosophical system (and not just a cultural or religious theory which would merely be a „particular“), so Nishida avoided references to Buddhist metaphysics. As noted above, the universalism was needed in order to stake a claim that Japanese thought could transcend its marginalized cultural bounds (which they knew to be denigrated in the Euro-American view), as well as to try to establish a place in world culture.

Up to the 1930s, as Japan succeeded in becoming the first Asian nation to modernize, it also began its expansion into the East-Asian continent. The colonization of Formosa (Taiwan) began as early as in 1895, the colonization of Korea began in 1910, the Manchurian government north of the Korean peninsula was established in 1931, and the invasion of China began in 1937.  During this time the intellectual currents that favored the combination of modernity and Japanese culture became more dominant.

Up until the mid-to-late 1930s, Nishida’s theory was metaphysical and apolitical. In order to voice his views in the increasingly urgent political situation of Japan’s expanding empire in Asia, in the late 1930s and early 1940s Nishida began to lecture as well as write about the political application of his theory. In 1938 at Kyoto University he delivered the lecture series The Problem of Japanese Culture, which was published in 1940. In 1943 at the request of the Tōjō Government and its Imperial Army which was seeking a theoretical expression for Japan’s role in the construction of the Greater East Asian Co-Prosperity Sphere, Nishida (who was by then considered to be the most important philosopher in Japan) wrote, for instance, his controversial essay, The Principle of New World Order. That Nishida disliked and even opposed the actions of the Imperial Army was a known fact, but nevertheless the language of the essay could be seen as providing a philosophical articulation for the significance of establishing the Greater East-Asian Co-Prosperity Sphere.

Although Nishida himself remained outside politics, some of his students from the Kyoto School participated in political debates (known as “Overcoming Modernity”) which were published during 1941-42, and they defended the role of Japan in East Asia as necessary in order to “overcome” the Euro-American forms of modernity which dominates the globe. The hitherto dominant version of modernity was criticized as being mired in materialism, rationalism, individualism, selfishness, pursuit of profit, and the like; it lacked spiritual wholeness and ground. They had hoped that the newly emerging „non-Western“ modernity and its emphasis on the interconnectedness of all cultures, such as represented by Japan, could provide a positive alternative. Nishida’s philosophy of history provided such a global cultural framework; however, he died in June, 1945, two months before Japan’s ultimate defeat.

After the war, the once prominent Kyoto School became a target of criticism and gradually became isolated. “Japanese philosophy” was forced into oblivion, and just as at the beginning in the Meiji Period, “Philosophy” in Japan became “Western Philosophy” again, and Eurocentrism was even justified in the face of Japan’s defeat.

However, after the recovery period of the 1960s into the 1980s, as postwar Japan again emerged as a global economic success, the interest in the original philosophy of Japan was rekindled. After nearly 50 years of dormancy, in 1995 the Kyoto University officially re-established „Japanese Philosophy” in the graduate curriculum. Nishida scholarship became active again, and there is indeed excellent research emerging from the new generation of those who specialize in the Kyoto School philosophies. The renewed focus is on intercultural or global modes of philosophizing, which continues the themes of the traditional Kyoto School in today’s contexts.