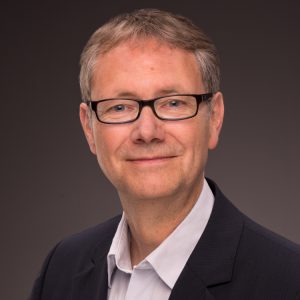 It all started with the borders opening

4 September 2015: The refugee situation in Budapest worsens dramatically. The government holds talks. The photographs of the lifeless three-year-old boy on a Turkish beach on 2 September, and the 71 bodies on the A4 motorway in Austria, sway the public perception of the situation.

5 September 2015: Shortly after midnight, the border to Germany is opened to refugees. Every day, almost 10,000 refugees arrive at the main station in Munich alone. The numbers are rising. Germany and the European Union are overwhelmed by the situation. Thousands of Germans provide spontaneous support. Within a few days, a civil-society movement has arisen to help the refugees.[1] The Christian churches offer emergency aid and accommodation. END_OF_DOCUMENT_TOKEN_TO_BE_REPLACED

Wow, Merica. From a German Perspective, we didn’t expect Donald Trump becoming president would be possible at first. Though admittedly, friends of mine had been much more aware of the possibility of a right wing populist climbing the chair in the oval office. Not that populism would be something unheard of in Europe: there is Viktor Orbán in Hungary, the national-conservative PiS-party in Poland, the FPÖ in Austria, the Front National in France and the Brexit of the UK. Germans have their own share of right-wing populists, movements (Pegida) and parties (AfD), that cropped up in 2013/2014 and regained influence after Germany welcomed a large number of people who fled from the war in Syria in 2015. Now Trump has imposed an entry ban on citizens of mainly muslim countries without consulting his government and seeking legal expertise, throwing any hope for respectable governing down the drain.[1]

To some it seems that there is hope for Merkel to become one potential counterpoint to rising nationalist and populist movements in the western world[2], with her seeking another term in office. So let us hope she counterbalances the heck out of Trump. Since predictability is out of the window now and powerful state leaders are considerably harder to ship responsibly at the international level with Trump in the pool, we wonder what consequences await us within the coming years of presidential bliss. But before we think about the future, it is necessary to ask why the rise of blunt populism has become possible again.

In the last months of 2016, a lot of thought was dedicated to find possible answers to this question. Some were favoring the explanation of economical insecurities and decline as well as the fear of globalization being the cause of the drastic rise in right-wing populism all over the Western World[3], while others were pointing out it being an older phenomenon dating back before the crisis of 2007. There indeed is a study[4] that strongly indicates that support for the right can be explained as an action of cultural backlash, although economic issues play a role as well. Since the 1960s, there has been a cultural shift that put a rising emphasis on issues of environmental protection, increased acceptance of gender and racial equality as well as equal rights for the LGBTQ community with social movements fighting for tolerance for different genders, religions, cultures, races, sexual orientations and advocating for borders open to immigration. The study suggests that mostly less educated and older citizens, especially white men, who once were the culturally privileged majority, are those who now feel marginalized by the shift towards progressive values and the reframing of traditional values as ‘politically incorrect’.

This corresponds with Judith Butler’s remarks on Trump’s success in the presidential election: since the anger against cultural elites is taking the form of anger against feminism, diversity and civil rights movements, which appear as „superego“ constraints wearing down on racist and misogynist attitudes, Trump releases the hatred against the public discourse of social movements by giving a voice to a well-established misogyny and racism. He did so by showing an arrogant indifference to the constitution and his „living above the law“ excited a lot of voters by communicating a self-delegated sense of power. [5]

But there is something else that is worrying about the US-American “Trumpisms” and the post-truth-politics approach which touches upon the way one talks about and to the “other side” as well as the version of ethics one implements in political communication and performance. I am talking about the political relevance of blurring the line between Trolling (poking fun of people online) and plain old harassment: while the former can be a useful transgression of social norms, the latter does not do much more but contribute to a culture of hatred. In forums like reddit or 4chan, which are sites where a lot of sexist and racist propaganda is circulating, the troll-dynamics can have a collective relevance when offended users mobilize acknowledgment and thusly act like a multiplication tool.[6] On the German side, right-wing populists tend to legitimize their lapses in language with the rhetoric of  “das wird man ja wohl noch sagen dürfen” (roughly translated: “it’s my freedom of speech”). This follows the logic of harassment on the internet, which is: ‚if you have a problem, it’s on you and so you should log off‘. Needless to say, this easily pollutes the space for everyone else.

Just another problem is that populists use the notion of truth and revolutionary critique for their own propaganda against the establishment of more progressive social norms. Members of Pegida and AfD tended to adjucate diverting opinions about how to handle the refugee crisis to be naive and stupid. In their point of view, those people were clearly manipulated and indoctrinated by the mainstream-media and just needed to educate themselves by using the “right” channels.[7]

Weirdly enough, Emmerett Rensin describes a comparable phenomenon in case of the US-American liberal, urban middle-classes, who developed “Smug style” as a psychological reaction to certain groups perceived as uneducated or unethical. Rensin claims that this has resulted in a specific culture and pose of superiority, with Smug culture tending to interpret the existence of conservative or neo-right positions as incapability of the conservative rural population to, in their own interest, see the light of the liberal position. [8] Rensin’s Smugsters tend to quickly take on the fight for recognition of oppressed and marginalized groups and their forms of resistance, transmuting it into a formatted area of academic knowledge by which the membership of and the exclusion from their own group can be organized. Taken to an extreme, smugsplaining PC-knowledge and showing off awareness for social problems can become more important than working and fighting for their solution.

So while the sin of political and cultural elites have been to be out of touch with their “underclasses”, thusly staying blind to some of their struggles and values, the sin of the populists, who fail to sense the margins of their own value system as well, is yet of quite another gravity: they use the distinction of “us versus them” in a political debate in order to deny equal rights to women, transgender people, ethnic groups and others. So the question here is: who is allowed to excert power over themselves and their own lives and who is not. To put it another way, right-wing populists do not try to establish a pluralist society in which they can express their minds freely and in which we can coexist with sort of equal power. They instead seek a radical and authoritarian restriction of power to a small group of very specific identities, and they do so while utilizing a deep sense of marginalization in the respective part of the population, yet claiming to speak for the people.

So it is important, especially in regard to populism, to strengthen an ideal of politics that calls for the rooting of political communication in personal integrity and ethics (without forgetting that the reality of political process is power). Because working towards achievable and feasible compromises in political process can happen only insofar as the involved parties refrain from massaging their own collective ego. Instead of using notions of critical thought for anti-pluralist politics and abusing critical knowledge and instruments like PC as a vanity project that expresses intellectual superiority, we need to recognize the privilege and responsibility that come with the participation in political conversation. If we don’t, we exacerbate existing political struggles because our focus on political process permits us to avoid all constructive disputes. If we can’t, we will also run the risk to sacrifice genuine social critique to the safeguarding of convenient structures of privilege.